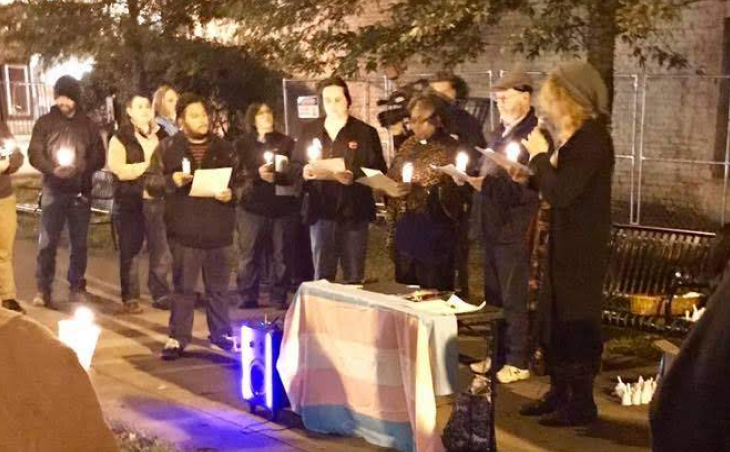 In a world that prioritizes cis comfort, it’s hard to find a work environment that will treat a trans person with respect. You are constantly faced with a customer base that will scream at, belittle, and act violently toward you, and the people you work with will often not defend you and may even continue the abuse you experience. They’ll misgender you, use your deadname and the incorrect pronouns. They’ll mock you, “Well I identify as an Attack Helicopter,” or outright deny, “Pronouns are a liberal myth, you’re just confused.” They won’t accommodate for any of your needs. The uniforms are gendered, and you’re forced into an attire that doesn’t match you. Gender-neutral facilities are a rarity, and you have to choose which restroom will be less hostile. Pronouns are not used in introductions nor presented on the tags worn, further stigmatizing their existence. We ask, and we ask, but our voices don’t mean much to the cis management (because trans people are almost always denied promotions to positions of power due to gender discrimination from their supervisors) who continuously cater to their mostly cis customer base.

But that’s even assuming you get hired in the first place.

The struggles start with just applying for a position. They ask for your gender, but often don’t include options outside the binary (male, female) forcing non-binary people to choose between intense dysphoria or a label that mismatches your presentation, putting your safety at risk. They ask for your legal name, but not your preferred name (and why don’t they, plenty of people use nicknames or pen-names, why not include the line) and if you haven’t changed your name (most likely due to finances because, you know, you don’t have a job) then you’re forced to use a name that doesn’t represent you. This especially affects you later when you get the interview. They see you, hear you; a person who “dresses strangely” or who “has a weird voice”. They meet you and realize that you don’t match the name given, and they think you’ve lied to them and they toss your application out the window without another thought, because why would they want to challenge their own assumptions. And so, you move on to the next place, and the next, and the next. You get rejected, over and over again, and always for the same reasons. Because you’re Trans, and “Trans isn’t normal.”